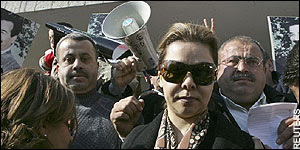 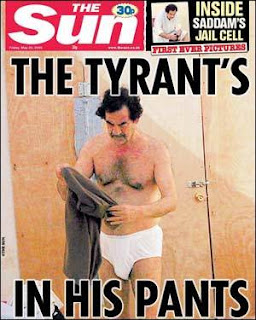 Justice is a word for rightness and has no meaning outside system of belief including right and wrong. Such a system may have religious underpinning but it is not necessary. The wish for and sense of good is in our hearts whether or not God put it there .An injustice or crime , imbalances the "Scales of Justice ". Our wish for goodness makes us want to correct this balance and the meaning of the traditional Scales is the difficulty of weighing and measuring this response . It does not mean it is easy to decide ; quite the reverse . If we do not allow this model though , we are left with "convenience ". In that case all those I dislike may expect to be bagged up and fed to the pigs by tomorrow . Why not , if there is no such thing as justice ?
Justice cannot be disassociated from revenge although the distaste for it is a real problem( the "deeds creature" problem of Hamlet). In the case of murder it is the revenge taken by the living in behalf of the dead. Like all revenge it is prompted by love and respect for the victim. I have a parable ..(it was only a matter of time .......)

Hundreds of years ago in the Village of Blogham nestled in loamy Blog shire a good man lived and by his work acquired a small cottage . A bad man seeing this thought that the world would suit him better rearranged a little . He killed Good man and occupied his house .The villager's first instinct was to drag him from his bed and after public torture and humiliation, so all should know ,dispatch him to hell. Bad man was a clever arguer though .He made suggestions that troubled them ." Retribution , he sneered , why ? I have done you no personal harm and Good man cannot be revived by this means ""Listen " he said as a pitchfork approached his temple "In order to have done this I must surely be mad .I am not responsible and as for deterrent , well it is unlikely anyone else is as mad as me . I can't see what you gain by any of this ?"Perhaps it was he screaming of good man's wife and children ..who knows but still the villagers advance upon bad man...now he began to panic "Wait wait he pleads at about this time Ghengis Khan is spending happy weeks killing and torturing hundreds of thousands ...I mean compared to him I `m really astonishingly moral "
The villagers appear to agree that this would be convenient , it is after all quite confusing and aside from the growing stench of Goodman's corpse life would certainly be easier if they forgot about him entirely. As Bad man breathed a sigh of relief however they laughed telling him that it was only a cruel joke and that his soon to be over life held nothing but pain. They did this because they loved and still love Goodman and they cannot abide the injustice.
In real life we do not know who is Good and who is bad and we resolve this by Jurisprudence in which we seek to recreate impersonal justice in the world . Some things seem clear to me . Death may very well be justice and as such should be available. We are right to worry about weighing the scales and our limited view of what justice is .We are wrong to be so bamboozled that we forget the point and create complexity when there is none . We are wrong to give to much weight to what the murderer has to say because it is "easier".
It has rarely been easier to see that justice has been done
Posted by Newmania at 10:41 pm

Well, Mr N, you know my angle on this. If we lack the imminence of God, we lack the complete (traditional British) framework for capital punishment.

Of course there are other, different traditions / frameworks which incorporate it without difficulty! (And who knows where we are headed?)

I have just posted this on Boris ( and I seriously need to get my head back on Insuraance )I am not a so far away from your thinking NThe scales of justice refer particularly to the legal process of seeking fairness in courts as variously conceived, it likens balance to fairness or in our legal system the ubiquitous notions of what reasonable man would think ... It is a metaphor for the fine balancing of considerations. As an image of this "human "process it is, of course compromised and slippery in reality but the physical sense of weighing fractional increments of load with infinite care is a model for judgement. It is not a metaphysical metaphor for morality and will not work . Notably as the murder victim remains dead

This picture precedes a age where anyone would have questioned the worth of the endeavour, the existence of justice or the superior claims of comfort ease and convenience. I still do not .

In the case of murder ; the revenge cannot indemnify the bereived and it grievously assaults the revengers soul . It is expensive and may well have a poor effect as well as a deterrent effect. Despite all of this I believe that at times it is right and should be an option. I think it likely that what is right will in the end lead to the greater good but social effects are a secondary issue. All of these problems are large , especially the effect on the revenger and the society that by proxy commits the act. Nonetheless there is right and there is wrong

I have tried to show how to me a sense of right and wrong are all that is required for the rest to follow .You , typically, wonder where such an idea might come from .For the purposes of capital punishment I only asked that its existence might be allowed from experience like the existence of sight .I have previously admitted to you that with no clear faith I am somewhat at sea explaining most of the things in life that are obviously important and true .


Btw I was pleased to see the Bishop of Lichfield support the hanging of Saddam......some cojones left after all ?

Justin you are not left wing you are just a moderate Conserative as far as I can tell. So am I

I think we should focus on rebuilding Iraq and trying to establish peace. It is ridiculous to focus on those taunts at his hanging, we should draw a line under it and move on.

On that sombre note, have a very happy New Year.

This is one of the more vexed questions and I honestly don't know which way to jump on it. I see both sides. Maybe my blog should be called Man on the Fence.

Nothing wrong with killing tyrants and a very thoughtful post.

However, why the US soldiers did not just shoot him in the back in 2003 is beyond me. That decision alone has fuelled the insurgency anc cost thousands of lives.

Like the embassy siege . I loved it when the SAS realised they were outside on national television and had better stop shooting people

I thought the whole bloody episode a mistake. Interesting post though N.

N - How about a link now you selfish person?

I keeop saying I really don1t know how to do it ..Will has tried to tell me but you have no idea how IT dumb I am

Honestly P I would love to ..I `m not selfish

I keep saying I really don1t know how to do it ..Will has tried to tell me but you have no idea how IT dumb I am

Honestly P I would love to ..I `m not selfish.

I might get someone round to do it for me

Congratulations on being number two
Mr Mania.
Strange that I have always considered your blog to be a load of number two! (+:
You may have some competion next week.
I am probably going to have to change the name of my blog when it gets started on monday , the impostor at the MOS may take legal action,
fuck him!!
I hope he does ,he can make an ass of himself again just a he did at guido.

The problem is that it was done in sich a god awful way that it makes this country's "friends" in Iraq look no better than a bunch of islamic terrorist isurgents about to behead another westerner live on video.

The job of states is to act better than terrorists, not ape them !

Thats if you assume that they admire our justice system which they don`t Mr. Norfolk. I support the death penalty in this country

I'm only posting this time so all your last 4 posts have 17 comments. Impressive work, N. I did think it was incompetence not selfishness, but it is rather grating that you have four links there already. Anyway - if you give me your log in details I could sort it out. Good night. Well done today. I got 324 readers to my humble toilet wall - mainly thanks to your efforts.

I did think it was incompetence not selfishness, but it is rather grating that you have four links there already.

Cheers ( I think), I didn`t set it up.... I will put up yours and a very few more and I will review them. Honestly I`m not trying to be blogger.I have new set of instructions which think I can follow . Promise