Who is the Villain ..remind me ? 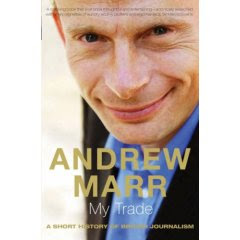 I have to admit I`ve never been much of Daily Mail fan, it always seems so shrill as to undermine its position, and in any case I `m a crashing snob at heart . The Telegraph has the same stories with slightly longer words and that seems to do the trick for me. So; I am far better acquainted with the fake Peter Hitchens than the real one . It was only whilst browsing around the subject of the Loss of the English culture that I first read anything by him ,this weekend . What do I find , but that I rather like the chap. His output is huge but the "World Socialist Web Site " hated, "The Abolition of Britain " which Roger Scruton, my new best friend , mentioned in "England an Elegy " .He cannot be all bad. This is what World Socialism had to say.

" Hitchens ramblings echo those of the right wing of the Republican Party".says WORLD SOCIALISM..now why do the left always make an American link? ..."His nationalism and xenophobia"....Hoorah we got an phobia ,no sane man should be without one.., "his paean to the family and traditional values, and horror at the impact of the radical 1960s "...just to remind you this is all supposed to be a bad thing..." Even his portrayal of Blair as a pseudo revolutionary mirrors the demonisation of Clinton by the Republican right "..again off we go to America why ?.."In essence"....wait for it "Hitchens is testing the water for a formation of a fascist movement in Britain !"
.Well of course he is, isn’t he . Anyone who has any doubt about the received wisdom of the liberal elite must be a fascist. Anyone who feel the massive social experiment going since the 1960s ,for example Comprehensive education , has failed , must , of course , no question , be a fascist. Quite a few in the Labour party nowadays then .
All of this makes me wonder why certain friends of mine seem to so dislike the Hitch . Pending further evidence I do not . He seems well worth further reading and lets and lets not forget this was back in 1999 when the Blair project was only starting to smell bad..

To give you an inkling of how things are getting better, lets remind our selves of what “Observer Columnist” Andrew Marr had to say . He was nervous because behind Blair’s “Britain at Peace with itself “” Reactionary forces are gathering …he doesn’t say “Counter Revolutionary “ but its close. He went on (in 1999) ,as follows:

“ There is forming in this country a the beginnings of a broad anti labour coalition, it may be ragged but it looks angry and determined. It stretches from the pro sterling campaigners, to farmers , fox hunters , grammar school enthusiasts and supporters of the Lords “

Yes and no Marr . You completely misunderstood the nature of the right wing challenge to the Blair “consensus?” which is more along modern libertarian and Neo Con economic lines ,than the traditional resistance you mention, but you sensed a wiff of smoke on the breeze back then ,didn’t you .Angry and determined , you got right. Moving forward a few years and he is one of the first to run for cover

“Political pundit Andrew Marr said( this year) 'The BBC is not impartial or neutral. It's a publicly funded, urban organisation with an abnormally large number of young people, ethnic minorities and gay people. It has a liberal bias not so much a party-political bias. It is better expressed as a cultural liberal bias.”

Andrew Marr is now Telegraph columnist….. When a vacillating media weathervane like that ,starts pointing your way you know you’re winning . Andrew Marr has shown himself to be unprincipled but clever. Peter Hitchens seems to me to have shown some character and consistency.
Posted by Newmania at 8:22 pm

Strong words about Marr there...
PH may be consistent but he is also a particularly humourless specimen of Jurrasic Tory. I am not a fan.

Hie is a boring cunt and part of those up against the wall when we nascent fascists take over!!

Really IT do you have an example ?

Interesting IT. I`m happy that andrew marr blows with the wind but "Jurassic Tory" is not per se a bad thing in my book. I am not Liberal Conservative I am a Conservative ,Conservative . Still I have read very little by him so
my initial impression could be wrong.

...and typically I have decided IT was right and deleted some of the more florid Marr abuse which was chielfly there because I liked the sound of it .

"Peter Hitchens seems to me to have shown some character and consistency"? Well consistency definately, zealots do tend to be consistent, but why not go straight to the architect of Peters opinions; the Rev. Peter Mullens?

And Peter Hitchens' "output is huge"?? Have you been talking to kev by any chance? Not that I've ever had a problem with a man having a huge output you understand, it's what he does with it that matters :-)

PS: Andy Marr? No thanks.

Newmania, I hopw your flirtation with Peter Hitchens is short-lived! (Not least ebcause he takes a very dim view of that sort of thing!). I cannot bear to read him now: his visceral hatred of the Conservative Party and the poisonous bile he pours out every week disgusts me. Poor Malanie Phillips gets a bad rep, which she doesn't deserve, but PH deserves her repuations and then some.

Oh Philipa...really ! You're starting to sound like Ms Smack (funny).

N, I don't actually think that Hitch dislikes Peter Hitchens (maybe he could let us know) But I've never seen the renegade PH site as anything but a hilarious and good spirited joke against the main man.

I maintain this: that Peter Hitchens is the best oppostion that we never had and has single-handedly taken on the role which the Conservatives have so abjectly failed to fulfill.

As for him being extremist ? No. In terms of modern British politics maybe - but this has been hauled so far to the left as to be unrecognisable.

Yes, Philipa - you have discovered a connection (Mullens), but few of us are ever original or of truly independent mind and his output proves that he must be working autonomously for at least some of it. I expect Mullens knows little of foreign affairs.

I haven`t read alot of his stuff David but what I have read I must admity I quite liked.

I am not a Liberal Conservative. I am a Conservative conservative and my support for David cameron is pragmatic and somewhat sulky. Having said that if he is actually hurting the conservative party that that is in effect helping Gordon Brown which is even worse.

BTW David why not give up the Mail, its a rag at the best of times. Read proper paper .

On the subject of the Rev. Dr. Mullens and foreign affairs - any expectations are probably premature unless the mans work is researched enough to inform an opinion.

I doubt very much he has travelled as extensively or investigated as exhaustively.

In response to a comment I made on the Hitch site, Hitch acknowledges that PH has balls and that he respects him. This has since been deleted.

kevin
I deletd due to the fact that I promised MOS PH that I would remove all trace of him from my blog.
I upset him and that upset me.
He is a brave and decent man , shouting in the wilderness

I can't believe that people took it all so badly, Hitch. I think the left-wingers deliberately played dumb and used it as a pretext.

But you'll keep us all laughing won'tchya ?

Phillipa I am very confused by theis Mullens thing.what is his connection to PHITCH then . I thought youbwere sayiong he was a socialist


Actually I find them both attractive

Having read the PETER hitchens take on David Cameron`s drug taking shame .I agree he really is self righteous bore .

I actually agree with you there, N.

PH appears to be, what you might call, a tetchy sort of person and I wouldn't expect much in the way of laughs, but why is it such a sin to be a bore nowadays ?

The politics of personality and photogenics brought us Blair.

I do actually think that Cameron has a case to answer - not because he did it (and carried on taking drugs into early adulthood), but because of his evasiveness last weekend and his laxity towards drugs taking in the recent past.

People who might reflexively vote Conservative expecting conservatism (small 'c')really ought to know that this is not what David Cameron is about.

Philipa says: I doubt that John Prescott wears womens underwear and likes to be spanked with a riding crop but that doesn't make it true! My point is you don't know do you!

Hitch - PH is not a brave man, I can make him run away screaming.

And Newmania, you don't get it? Me neither but that's religion for you. I even missed the service in Church today given by a 'new' vicar. We've all got colds here. Hope yours clears up soon.

BTW: you're all wrong - PH is hilarious. A prig at times maybe.

but why is it such a sin to be a bore nowadays ?
That a good point K but I meant he is dogmatic and sanctimonious to the point where it cannot be taken seriously.

There is a sort of lefty dourness about him that I find rather off putting.

His article today didn`t do a lot for me Phillipa but you are the Hitchens expert I only vaguely know who he is .

"There is a sort of lefty dourness about him" - ha! That's rather good. Yes, indubitably Holmes.

Newmania I can't reply to your comment on my blog as it crashes my PC every time I try :-( And 'same old Philipa'? Makes me sound like PH in a frock.

Now there's a thought to conjure with!

Ms Smack ? You have your work cut out here.