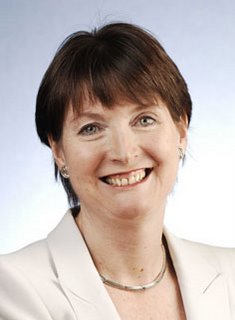 Councils use leaseholders as cash Points

About a month ago Simon Hefferlump accused David Cameron of “trying to appeal to anyone at all”. Oh calamity! I think he is communicating with the constituency Simon and his friends will know as “everyone else in the country “ . Clearly for Simon the effort has involved ditching what he feels are bare minimum Tory principles . Come on fatty , the Labour party sold their socialist souls for power and you can’t stand a little mood music….Any way Harriet Harman is obviously worried by the huge swing against Nu lab in London and has started to ditch a few principles of her own. ( In as much as she had any)

She is vocally supporting local leaseholders in her constituency !

I wonder , is she a late convert to the joys of private property , or is she saying anything she can think of to keep her seat ? Come on I `ll have to hurry you … quite right it is of course the latter .
Nonetheless what she says is what Conservatives have been saying for years in Islignton and worth repeating .


Harriet Harman said a breakdown of charges should be given and that Leaseholders are being used by one London council as a cash point, .The Solicitor General and MP for Camberwell and Peckham says Southwark Council is overcharging for maintenance and repairs. On the Clifton Estate the typical annual charge has risen from£500 in 2002/3 to £1,400 in 2004/5.The council whined that the rises have come in because previous prices were inadequate and current prices are true value for money but Ms Harman replied “Southwark does not give leaseholders a breakdown of where their cash is going.”
Councillor Steven Flannery bleated that the council did not have the facilities to give details of what the money was being spent on, but muttered that the prices included a recent rise in gas as well as lights, cleaning and door entry systems. He wept: "It is true that in previous years these costs have been substantially less but that hasn't been an accurate reflection of the cost associated with the services leaseholders are receiving.” It’s very much value for money and it is a fair reflection of the cost for us providing them.Ms Harman replied:
"For the council to say 'it is good value for money but we can't tell the leaseholders what it is they are paying for because we haven't actually got the details' just proves the leaseholders' point.. What's happening is the council is just using these leaseholders as a cash point - they're using them like a hole in the wall. There's 11,000 of them and every year they can just have a demand slappedon them - this is how much money we want you to give us."
Thanks to Brian Potter for bringing this to my attention. The Conservative Party will always be the only true friend the Leaseholders have and will help in anyway we can in their fight against injustice! Harriet Harman , in her party’s terms is “Trying to appeal to anyone at all”.

She does not ,and will never ,appeal to me !

Why would bodysnatcher Harman pose as the enemy of money grabbing local authorities? I can't imagine any possible reason which doesn't ultimately have money or power in it for Harman an co.

This is the Minister who pushed through the initiative giving local and church authorities the right (imperative?) to steal graves and to dig other ancestors' mortal remains - even those of our our parents for money. Such remains should be 'compacted' said Harriet and reburied deeper to allow the plot to be resold to the families of the several others who must share plots there.

One short note on what compaction entails. I understand it means chucking what's left of our family members into the large grinders used in Crems, where the remains are ground into pellets the size of cat litter.

Some may argue that this is a perfectly rational way to treat our ancestors and family in these days when construction land comes at a premium and every bit of green space is being grabbed for development.

However, most cemetaries are much needed green spaces and wildlife areas.

More important, In common with our country's rich heritage of old villages, historic towns, old churches and listed buildings, Cemetaries and old graves are one of UK's most vital attractions to overseas visitors who's family and/or ancestors were born - and died - here.

The availability of the UK censuses (1841-1901) and the BMD indexes online and greater accessiblity of 4-500 year old parish registers during the past few years has resulted in a huge boom in family historians and resultant tourism.

How big is the potential tourist market for the UK? Massive. When the British 1901 census was released online it received around 20 million hits an hour, the most from overseas - and crashed under the strain.

Ms Harman's government's short sighted policy of mass migration and concreting over UK will not only destroy the reason for much of that tourism, it will force many of us to leave our country. yet does she give a toss about that? No way - as long as her government's raking it in.

So if body snatcher Harman is defending lease holders against money grabbing councils, there has to be something in it for her. She clearly must believe the leaseholders will vote for her.

She clearly must believe the leaseholders will vote for her.

Well quite . Panic in the NU lab ranks. I am interested in your other information butit is rather anothere subject